Radon is a colorless, odorless, radioactive gas. It forms naturally from the decay of radioactive elements, such as uranium, which are found at different levels in soil and rock throughout the world. Radon gas in the soil and rock can move into the air and into ground water and surface water.

Radon is present outdoors and indoors. It is normally found at very low levels in outdoor air and in drinking water from rivers and lakes. It can be found at higher levels in the air in houses and other buildings, as well as in water from underground sources, such as well water.

Radon breaks down (decays) into solid radioactive elements called radon progeny (such as polonium-218, polonium-214, and lead-214). Radon progeny can attach to dust and other particles and can be breathed into the lungs. As radon and radon progeny in the air break down, they give off alpha particles, a form of high-energy radiation that can damage the DNA inside the body’s cells.

How are people exposed to radon?

The radon gas given off by soil or rock can enter buildings through cracks in floors or walls; construction joints; or gaps in foundations around pipes, wires, or pumps. Radon levels are usually highest in the basement or crawl space. This level is closest to the soil or rock that is the source of the radon.
Radon levels in the air are measured by units of radioactivity per volume of air. The most common measure used is picocuries per liter (pCi/L). According to the US Environmental Protection Agency (EPA), the average indoor radon level is about 1.3 pCi/L. People should take action to lower radon levels in the home if the level is 4.0 pCi/L or higher. The EPA estimates that nearly 1 out of every 15 homes in the United States may have elevated radon levels.

Outdoors, radon generally disperses and does not reach high levels. Average levels of radon outdoors, according to the EPA, are about 0.4 pCi/L

How can I reduce my exposure to Radon?

For most people, the largest potential source of radon exposure is in the home. You can check radon levels in your home to determine if you need to take steps to lower them. Do-it-yourself radon detection kits can be ordered through the mail or bought in hardware or home supply stores. The kits are placed in the home for a period of time and then mailed to a lab for analysis. Short-term kits are usually left in place for several days before being mailed. Long-term kits, which may give a more accurate assessment of average radon levels over the course of a year, are usually left in place for at least 3 months.

A variety of methods can be used to reduce radon levels in your home, such as sealing cracks in floors and walls or increasing ventilation through “sub-slab depressurization” using pipes and fans. The EPA recommends that you have a qualified contractor fix your home because lowering high radon levels requires specific technical knowledge and special skills. Without the proper equipment or technical knowledge, you could actually increase your radon level or create other potential hazards and additional costs. 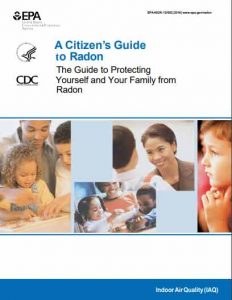 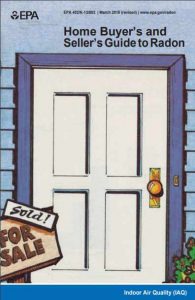